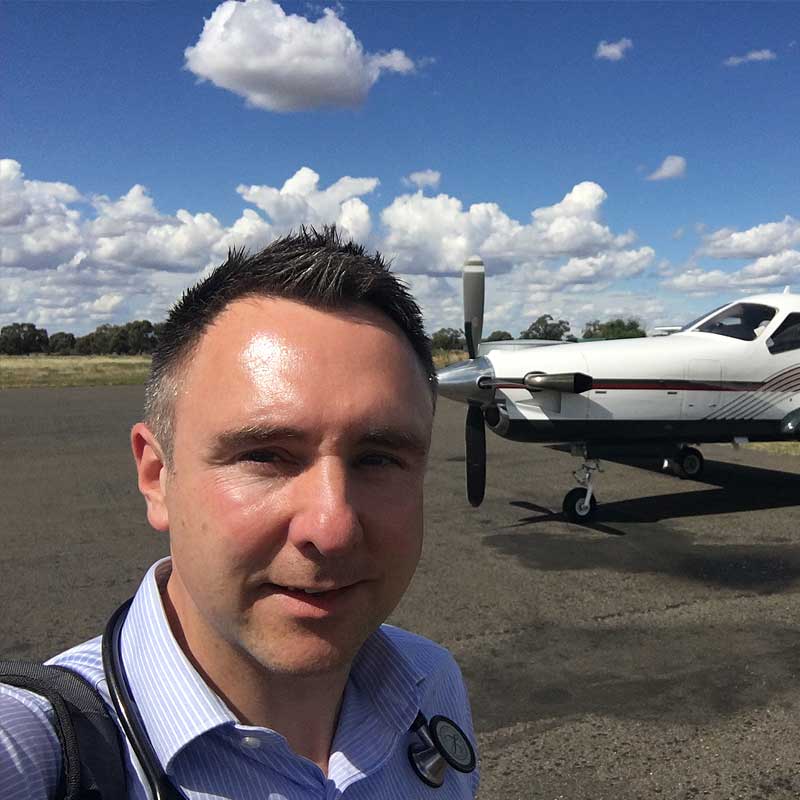 Moving from the United Kingdom to Wagga Wagga was only supposed to be a one-year adventure for Dr Matthew Thompson. Three years later, he’s now vowing to stay put in a position, and a regional centre, that he loves.

A young Matt Thompson decided to become a doctor as a schoolboy after being taken to emergency with a dislocated knee and admiring the physicians working around him. But as he studied and began his training in the south of England, he couldn’t settle on a speciality until he discovered how varied and interesting geriatrics could be.

He’s a strong proponent of the benefits of working in geriatric medicine, not only because of the wide skills set that is required to treat a multitude of illnesses, but also because of the variety of places and geographic locations in which a geriatrician can work. And he says he enjoys the company of his patients, who, in their advancing years, tend to be friendly and very grateful.